← Finger Rolls: The Superbowl Party MUST
The short end of the stick →

If you were a drink, what would you be? 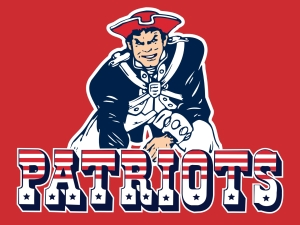 I love this game, which I call Conjecture, and have found that it’s especially fun to play after a few drinks, but then again what isn’t?  Really you can insert anything when starting with the question, “If you were a __________ (car/color/animal/surgical instrument/sub section of the Penal Code, etc.), what would you be?” Since I’ve got Sazeracs on the brain at the moment, I’m thinking about cocktails, and with the imminent return of my New England Patriots to the field, I’m all about football. So as we ready ourselves for the big game, I thought it might be fun to play a quick round with some of my favorite New England Patriots, but since they’re all busy practicing and I don’t know them personally, I’ll stand in. 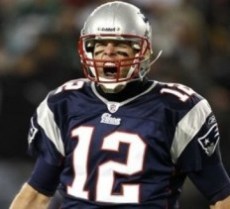 Tom Brady, QB. This is a no brainer. If he were a cocktail, he’d be a Grey Goose martini, straight up, dry and dirty. Smooth and pure, it’s unadulterated quality that never quits and kicks like a mule. A little salty just to keep it interesting, and would you mind throwing in an extra olive, Giselle? Oh yeah, he’s a three olive man. If you don’t think he’s cranked up and looking for redemption after the clusterf**k in 2008, you are very much mistaken pal. Did you see what he did after Tebow stole his thunder? Uh huh, that’s right. 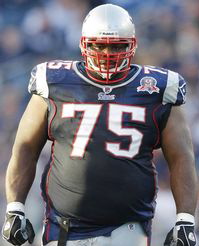 Vince Wilfork, Nose Tackle. Another gimme. Captain Morgan and Coke, hold the lime and go easy on the ice. The big man clearly likes his drinks sweet and so much the better; every ounce counts when you’re using your body weight to inflict pain and suffering on one of the Manning boys, and I doubt Vince cares much which one it is since everybody knows they’re both milk drinkers anyway. Yo Eli, prepare for traction is my advice and beware the freight train. It can run and it does. 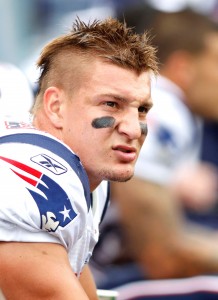 Rob Gronkowski, Tight End. Boilermaker, that’s beer and a bump to the rest of you, and I guarantee he doesn’t care what kind of f**g beer or what kind of f**g bump. He’s six and a half feet of offensive wrecking machine, so slap those babies down on the bar and keep ’em coming. Ankles? He don’t need no stinking ankles.

Wes Welker, Wide Receiver. Second only to Tedy Bruschi as my all time favorite New England Patriot. He’s not big or flashy, but Tom Brady’s go-to guy would certainly be a champagne cocktail. What’s that? you ask incredulously. The man who famously dates Hooters waitresses as a champagne cocktail? All I can say is what better drink to sip from a lady’s slipper than the champagne cocktail? I for one think the press conference where he tweaked that horse’s ass Rex Ryan for his alleged foot fetish was pure genius. Sure it got him in trouble, but it’s not like Belichick’s job description calls for a sense of humor.

So if you were a drink, which one would you be?

← Finger Rolls: The Superbowl Party MUST
The short end of the stick →