← No retreat. No surrender.
Gone Swillin’ →

Really Starbucks? No lemons? At all? 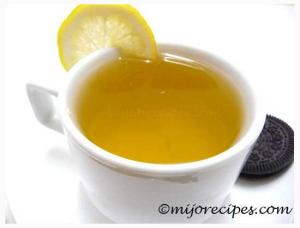 So the other day I was slogging through Midtown and made a quick stop at one of the roughly ten thousand Starbucks that occupy every available Manhattan street corner. I have noticed that some blocks even feature two, and as it now stands there appears to be at least one Starbucks outpost for every bag-laden, Euro-wielding tourist in the metropolis on any given day. Honestly, the next thing you know, you’ll slip into the restroom to drain off that tall skinny triple mocha-chino chai latte only to find they’ve set up a coin operated Automat style coffee bar next to the sink. Imagine it: a sign featuring an earnest looking barista in a rainforest setting with a headline that reads “Now that you’re down a quart, why not top off the tank with a super fast vente latte* to go?”  *Gigante size only in our pitstop refill stations. You’d be like a hamster on a wheel, endlessly draining and refilling, never able to leave the Starbucks without risking a toileting accident or caffeine letdown. On the positive side, maybe they’d start referring to their employees as the pit crew.

Anyways, where was I? Oh yes Starbucks, quick stop, etc. So as a rule I don’t patronize Starbucks because I hate their coffee and object to the acid trip that is their nomenclature system. I don’t know what a latte is or why small is now medium, and I don’t really care; just give me a goddamn small coffee to go, and if you’ve got something that doesn’t taste like it was brewed with a blow torch and a load of napalm, I’ll take that.

On this day, however, I was in the market for a small green tea. Actually I loathe green tea, but Doctor Feelgood suggested replacing coffee with green tea to mitigate some of the “aggression” that excessive caffeine seems to produce. Now, during the long on-line death march I was able to study the menu for nearly twenty five minutes, which was exactly the amount of time I needed to decipher it and confirm that yes, indeed, they do offer green tea. But these days, really, who doesn’t?

Having now blown the better part of the lunch hour, I approached the barista and ordered my small green tea (I refuse to call a small a medium — if I do, they will have won, and that cannot stand). I then specified a lemon (this is unusual, but as I mentioned I hate green tea and so I load it up with lemon and sugar to make it palatable) only to receive a blank stare in return. After a short pause — presumably to process this bizarre request — the social intercourse recommenced. It went something like this:

Barista: “We don’t have that here.”

Kitchen Slattern: “You don’t have lemon?”

KS: “Not even the little packages of lemon juice like they give you at McDonald’s?”

KS: “Perhaps you should consider cutting back on the Cds and tote bags in order to make room for lemons.”

By this point the other patrons were getting restive as the line now snaked out the door and most of the way down East 45th Street. So in keeping with Dr Feelgood’s advice, I took a deep breath and “turned away from conflict,” by declining the god-forsaken tea.

Happily, next door at Jojo’s Big Train Bar and Grille  there was plenty of lemon which they were only too happy to provide, along with a river of soothing Grey Goose.  And they threw in the peanuts for free!

← No retreat. No surrender.
Gone Swillin’ →