“…I’d rather be dead than sing Satisfaction when I’m 45.”

Pushing 70 and still feelin’ the Satisfaction.

I used to wonder how singers could face running through their big hits night after night, year after year, over and over and over again. You know what I mean, Mick singing Jumpin’ Jack Flash, Bowie busting out Young Americans, or The Beach Boys vamping on Surfin’ Safari. Well OK, I can see why these days The Beach Boys would perform virtually anything in almost any venue. After all, California’s a community property state, and rehab is really fracking expensive. Or so I have heard.

Anyways, I used to think it must just be the money that kept them in the game. How else to explain Bob Dylan doing one nighters for Microsoft or the Drifters showing up at virtually every Holiday Inn lounge in the midwest in any given year? Bills have to be paid, ex-wives subsidized, and entire circulatory systems emptied and replaced, and it all requires boatloads of the ready. For any musician born in the UK before 1980, the dental bills alone would be catastrophic. If you think Keith Richards’ new pearly whites came cheap, think again. 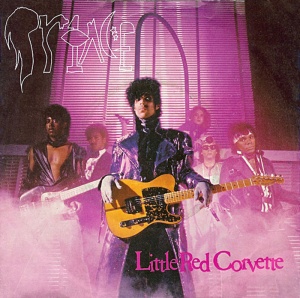 It has also crossed my mind that the adoration that rolls in while onstage is enough to entice even the most temperamental artiste — think Prince or Mariah Carey — to accept the inevitability of trotting out Little Red Corvette or whatever schlock Mariah is famous for (I can’t stand all that bleating and warbling so I never listen to her) as the cost of doing business.  I once heard Nick Lowe say that when he’s attending a performance and the singer introduces something new from “the upcoming album,” a part of him dies just a little. Too right; you pay your dough and you expect to hear the hits. I mean, who wants to shell out $250 for the thrill of Bruce Springsteen running through his Tom Joad catalogue? Might as well stay home and chase your Quaaludes with Sazeracs while cleaning your ears with steel wool and eating Comet. Same experience. No, I want Bruce dancing on the piano covering Devil with the Blue Dress On and turning Born to Run into the New Jersey version of the goddamned Ring Cycle. I know I am not alone in this.

Though all of the above strike me as plausible, none really offer a completely satisfying explanation of how it is that creative people can bring themselves to repeat the same old songs day in and day out, often over the course of many, many years. (See Mr. Jagger above.) It’s a question that has baffled me for a long time, and recently I was giving it some considerable attention at, as it turns out, an Aimee Mann concert. You see, I have a soft spot for the former Til Tuesday singer, and when she’s in town Mr Slattern and I often make a point of dropping in on her shows. Sure the songs are a bit of a downer, but she herself is actually very funny, so you seldom leave a performance less happy — or more depressed depending on your pharmaceutical balance at the time —  than you were when you arrived.

So there we were, hanging with Aimee and her band and about a thousand other people, enjoying the familiar strains of Freeway, and I was again wondering how singers manage to muster the enthusiasm to deliver the same songs ad nauseam without losing their minds or at the very least sliding into a deep creative funk. And that was when, as the say, the light dawned on Marble Head. I realized that like me, Ms. Mann probably never tires of her own work.

Now before you consign me to the scrap heap of failed writers with delusions of adequacy, hear me out. Frequently I find myself trolling around my site looking for something, or more often that not, killing time ’til cocktail hour. I start scrolling backward in time and before  I know it I’ve lost two hours flipping through the archives and rereading last year’s posts about troublesome oldsters, the perils of driving in New Jersey ,or noble drunks of our time. It’s the same with my other work — short stories, satirical articles, and such. Make no mistake, I am acutely aware that I am no James Joyce, or even James Patterson for that matter, but somehow it doesn’t bother me all that much. Rather, it’s comforting to wallow in the products of my own mind, rather like  sliding into your own bed after a couple of weeks on the road.

Of course, I certainly don’t want to be reading this stuff when I’m 60. Although if someone wanted to hear it…..