← Stylin’ with Beppe
The Slattern’s guide to Italian travel →

Surrender Your Dignity: The horror of the skin check

The thing no one ever tells you about middle age is that it’s the beginning of the end of dignity as you have previously known and experienced it. Adolescent store clerks start calling you Ma’m, or worse Dear. Incontinence supply catalogues mysteriously begin arriving in the mail – with your name right there on the cover next to the photos of Tranquility Briefs (sm) and hernia belts. And suddenly the term “age appropriate” is casually slung around by your hairdresser, your yogi and the bra fitter at Bloomingdale’s.

Then, as you are desperately trying to crawl up from the Fifth Circle of Hell — which by the way is Humiliation, not Anger — you suddenly slip down a couple more rings to Violence in the form of medical appointments, treatments and tests. Here tissue is flattened, squeezed, poked and punctured; orifices are regularly violated; and your inner workings are routinely nuked, drained and irradiated. All in the name of maintaining virtuous good health.

In light of the above, then, it would seem that the annual dermatological skin check is hardly likely to redline the stress meter, given that it consists of nothing more than someone eyeballing your epidermis; no needles, chemicals or surgical instruments are involved. And yet, somehow, it is this appointment I dread above all others, even the one with my gastroenterologist, the operator of an outsize colonoscopy hose in Midtown West, and whom I strongly suspect to be the evil spawn of Dr. Mengele, so watch your back.

In any case, the skin check is entirely pain-free, at least in the physical sense, so there’s no worry on that score. It’s the psychological torture of interaction with Dr. Clinka that agonizes. As with every dermatologist I have ever laid eyes on, her face is so smooth it’s nearly featureless — like an evil fetus who’s been at the airbrush too long. Her forehead doesn’t move, her eyebrows are halfway to her hairline and her skin is as tight as the casing on a Fenway frank. There is not a mark or a line or a blemish anywhere on the vast white expanse of her visage, and yet by the look of her hands she’s got be at least 110. Every year I vow to find another doctor, but then I remember she’s got the treasure map of my moles and I worry the new guy will overlook something or fail to notice a sudden increase in the size of one of the future melanomae on some part of the body I can’t see. And besides, it’s really easy to get an appointment with her on short notice. I’m guessing very few of her patients book a second visit.

Frau Doktor Clinka never “counsels” me until after the skin check in which I appear nearly naked under approximately one million candlepower of unflattering fluorescent blue lighting. How she manages to get through it without flashburns on her retinas I cannot fathom, but it could very well be she enjoys the pain, or perhaps she just prefers to keep the balance of power tipped in her favor. I suspect it’s both.

Last year we got through the body scan all right but afterward I had some trouble closing up the gown. They call it a gown, but it’s a gown in the same way the Winnebago my Uncle Buzz parks next to the gravel pit is his summer palace. Sure it’s got its own port-a-potty and satellite dish, but it’s not like you ever wonder whether the queen’ll be having her Bud Light in a glass or straight from the can when she drops by for a chat.

Anyway, there I was trying to cover as much of my personal real estate as possible with the skimpy green scrap when I asked about treatments for the ever-deepening frown lines between my eyebrows, which get more furrowed and asymmetrical every year.

“For you I wouldt recommendt zee Botox,” she began, regarding my browline as if it were mottled with a particularly virulent strain of leprosy. 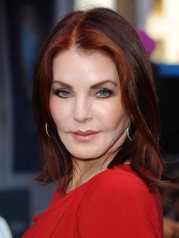 Botulism toxin under the skin? Call me crazy, but no, I don’t think so. That’s a slippery slope I’m not interested in sledding on. I mean, one thing leads to another and before you know it, you find Priscilla Presley looking back at you in the mirror as you try to figure out where your face went. What’s more, the stuff has got to be toxic, and when it is eventually revealed that it causes massive brain meltdowns or brings on uncontrollable episodes of St Vitas’ Dance, I’ll be vindicated, mark my words. Anywho, what with my aversion to needles and sub-dermal WMDs, I demurred and similarly opted out of the injected fillers she was flogging at the fire sale rate of $500 a pop.

“In zat case your only options are zee surgery lift or zee topical lozion, which, unfortunately, makes for zee least effective treatment.”

I was all over the topical option, and I said so. “It sounds like a beach vacation,” I offered in the same way you might throw the last scrap of beef jerky from your rucksack at the feet of a particularly peckish alligator.

With a sigh, she extracted a tiny pink sample tube of Retin-A from her cabinet of curiosities. It looked like it had been klepped from Barbie’s Dream House, except of course everyone knows Barbie doesn’t need wrinkle cream. Bitch.

“So vat you do is take this amount every day and rub it on your face after zee moisturizing und sunscreening which of course you do not use even after I tell you zat you must.” She squeezed a white blob the size of a pea onto my index finger.

“Right here?” I asked indicating the trenches above my nose.

“No, all over. And I vould recommendt your neck und chest too.”

“All over? Do I really need it all over my face? What are you saying? Is it really that bad?” I whined, but got no answer, just a knowing smile, at least I think it was a smile. The only muscles in her face that still seem to be fully functional are the ones controlling her lower lip.

This year I vowed things would be different. In the wake of last year’s horror show, I’d been using the magical Retin-A, which the pharmacist charges a mere $200 a tube for, on every inch of exposed skin, coating my body in zinc oxide then swaddling myself on the beach in August and wearing ridiculous floppy hats year round with Jackie O shades to help me stop squinting. And so, fish-belly white, rejuvenated, exfoliated and depilitated, I was ready for my close-up as I entered the examining room.

I was a fool, however, to think the good doctor had been asleep at the switch for the past year. Right away I realized that like all evil geniuses, she’d been hatching new plots to take the mortification level of the all-over skin check to previously undreamed-of, stratospheric new heights. This year’s flash of brilliance: paper bikinis.

Now I don’t know if you’ve ever seen a disposable undergarment, let alone had the pleasure of slipping into one, but just in case you’re not familiar with these items, they consist of a three-inch wide scrap of itchy fiberglass-infused tissue paper with skinny white elastic threaded through either end as a “waistband.” To say that these are universally unflattering is as mild as understatement gets, because unless you’re dancing for the Bolshoi, you are going to look like a sumo wrestler after a pig roast and a three-week Ding Dong binge in this rig. 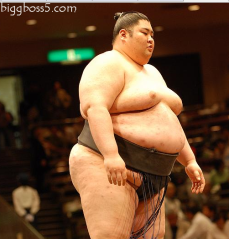 ← Stylin’ with Beppe
The Slattern’s guide to Italian travel →