Spice Up Your Hump Day 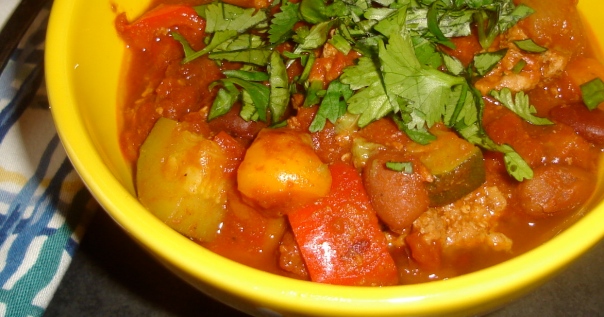 Feeding my household is challenging at best. I am the only mammal eater, so there’s no upside to making beef or pork. In fact it’s come to the point where I have to take my steak or burger into another room to spare my loved ones the traumatizing smell of charred, formerly sentient flesh. Salt and cheese are off the menu owing to Mr. Slattern’s health concerns, the apple of my eye dislikes potatoes, I’m trying to avoid pasta and bread, and serving beans more than once a week would be, gastrically speaking, unfortunate on an Old Testament scale. Let’s just leave it at that.

So it’s fish or chicken or turkey or fish most nights, except on omelette night, or in the event of a sit down strike, which in my house is shorthand for I’m sick of cooking, out of ideas and borrowing patience, so unless you’re prepared to have cereal (and in my case, vodka) for dinner — yes, again — we’d best go out.

END_OF_DOCUMENT_TOKEN_TO_BE_REPLACED

Posted in Dinner, One bowl meals, The easy way

Though this is technically a “pre-loved” post, it’s among my favorites by virtue (if that’s the term I want) of the half-assed, utterly un-subtle sexual leitmotif. And the pictures of Peg Bundy and Lucy. I neglected to mention it in my recent 7×7 award post, but I think it merits a second look, if only for its utter scabrousness. Also, I’m too busy to come up with anything original at the moment. Bear with me.

Get warm with Easy Fish Stew 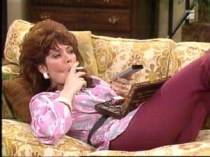 Why ruin a perfectly lovely afternoon with excessive dinner prep?

You know how it is, some nights you just cannot get it up for making dinner. It happens to everyone eventually. As apathy turns to desperation, you frantically flip through usually reliable triggers of culinary desire – The Naked Chef, Nigella Bites, The 60 Minute Gourmet – all to no avail. Nothing but nothing, not photos of plump pink shrimp glistening with teriyaki or video of Daisy Martinez expertly deboning a chicken or even the excitement of Anthony Bourdain filling in for Tom Colicchio, can get you in the mood to sauté, braise or fry no matter how hot your family is for a decent meal. You don’t want to cook; you want to want to cook, but it is just not happening. What to do, what to do?

Enter the one bowl meal. If handled correctly, it’s easy, pleasurable and satisfying and from start to finish takes only minutes. As an added bonus it seldom causes much mess by virtue of its unfussiness and limited number of ingredients. So even if you have to close your eyes and grit your teeth to get through it, the whole ordeal is mercifully brief. Your family walks away from the table flushed with the glow of a hot meal, and you can feel serene in the knowledge that your duty has been done, even if you did have to fake it, at least to some extent.

I have a few standbys for these situations: pasta with butter, broccoli and parmesan; spinach and feta omelet; leftover chicken and gravy on toast. These are the usual suspects, and really any leftover lends itself to this kind of cooking, but my best one-bowl, would-ya-hurry-up-and-get-it-over-with meal is a kind of slattern’s bouillabaisse (a quickie, if you will)….

Now at this point the base is complete, and you can just leave it on the stove or the counter for several hours before adding the fish. In fact, it actually tastes better after it’s been sitting around a while, as is so often the case with soups.

And really that’s it.

By the by, quite often once I get going I find I don’t mind the act of cooking as much as I had thought I would, and sometimes I even kind of relax and enjoy it. At times like these, I’ve been known to make a little starchy side for the fish stew. Sometimes I throw together a batch of corn bread (from the recipe on the back of the corn meal bag – no big deal there) or whack open a baguette, butter it, sprinkle on a little minced garlic and parmesan then bung it under the broiler for a couple of minutes. Occasionally I even leave the lights on.

Never seen one that big before. You, Ethel?

Posted in Dinner, The easy way

Dessert in a Hurry: Clafouti 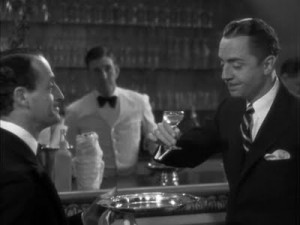 Thank you sir. May I have another?

You know how it is. You’re yacking it up in a bar. The drinks are flowing and you’re feeling a deep and abiding love for mankind in general and your tablemates in particular, so you invite them over for a little home cooking at your place in a couple of weeks. But tequila slammers being what they are, you don’t necessarily recall issuing the invitation the next morning, in which case, you probably won’t remember that you’re supposed to be getting a company meal on the table two weeks hence. So when your pals call to confirm three hours before they’re set to arrive, you really have only two choices: fake sick (in which case I’d suggest choosing an extremely communicable vector-borne disease – mononucleosis, swine flu, or a herpes outbreak, depending on the nature of the friendship) or suck it up and get the chow on the table.

In the event you choose door number two, here’s what you do.

END_OF_DOCUMENT_TOKEN_TO_BE_REPLACED

Posted in Dessert, The easy way