Hell in a hand basket (Halloween my way)

Because I am still (happily) in a malt beverage and Red Sox-induced delirium, the last thing I’m going to do is ruin an otherwise perfect October 31 with thoughts about my least favorite holiday. Instead, I’ll just recycle my standard Halloween post. The original, and still the best, folks.

Holy Mother of God, is it Halloween again? Already?  How I could have missed this given the flurry of Martha Stewart Halloween hints that clutter up my email this time of year is a mystery. Perhaps it’s because this is the first year the little Slattern has not been home for the holiday, and as such the first year I have not had to make or even think about costumes. Anyways…in recognition of this, my least favorite holiday, I give you…drum roll please…last year’s post. Don’t be disappointed. It was a corker.

I hate Halloween. The costume hysteria, the sugar meltdown, the sugar coma, the instant weight gain, the toilet paper in the trees, the stink of scorched pumpkin innards, and that’s before we even begin to deal with the children.

Then there’s the expectation that this, or something very like it, will somehow come into play. Yeah, sure. Imagine…

The marketing geniuses at 16 Handles promote squash-flavored ooze as “Fist Pumpkin” and invite the public to Size It!, Pull It! and Top It!. No, I am not kidding.

Tell me the truth. Is it me?

So, the other night, Mr. Slattern and I passed the local 16 Handles outpost on the way home from a delightful dinner and movie date that featured the magical combination of George Clooney, brick oven pizza and at least half a dozen Aperol Spritzes — each. As you might imagine, we were in a pretty festive mood.  And so it was with some little merriment, and a fair bit of snorting, that we noted, and photographed, the  promotional campaign for the newest flavor of the fro-yo chain’s petroleum byproduct dessert food, which is apparently chockablock with “pumpkin goodness.”

The next morning, with a somewhat clearer head, I wondered whether the whole incident had been a mere figment of my imagination — a sort of Lost Weekend moment. But then I scrolled through my messages and came upon the evidence in the form of a snap taken by my better half, who somehow managed to hold his camera-phone steady while laughing uproariously with a not insignificant load on. Just a guy, but what a guy.

Anyways, getting back to the pumpkin sludge we are being invited to fist…oh forget it. You take my point by now I’m sure, and if you don’t, you’re probably better off. File it under “What were they thinking?” and try to salvage what little regard for the intelligence of the human race you have left is my advice.

Scrumming in the dead zone 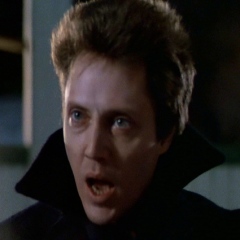 Whaddya mean there’s no space for my carry on?
via fanpop.com

So who exactly came up with the genius idea of boarding commercial flights by randomly assigned “zones”? This is not a rhetorical question; I really want to know.

Have you flown recently, by any chance? If you have, you’ve no doubt encountered the zone approach which has replaced the logical process of allowing passengers to board the plane from back to front. Under the new system, frantic holiday travelers are assigned random groups (which for reasons I cannot fathom are called zones), usually, I have observed, from one to seven.

So for example, you could be seated in the middle seat of the last row of the plane (rather than the mid-cabin aisle seat you booked and paid for three months previous when you made the reservation) as I was on a blissful five and a half hour New Year’s Eve flight from Washington state to New York City. And yet despite your location in a non-reclining jump seat adjoining the head, you could still be assigned to zone 7, or the dead zone as I think of it since it’s the final group to board the plane. 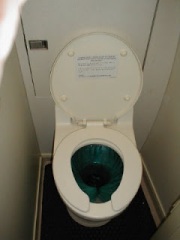 What this means is that by the time you fight your way through rows one through 37 and the hoards of clueless passengers clotting up the center aisle while lackadaisically messing around with the contents of their backpacks, every available square inch of storage space will already be crammed with the overcoats and small bags your fellow travelers have been told not once but FIFTY TIMES not to stow until everyone else’s bags have been put away. The experience is not, I imagine, unlike trying to navigate your way through a vaccine riot in downtown Baghdad. As a result, you will be able to spend your journey strapped into the equivalent of an electric chair with your feet on your carry-on, your knees under your chin and your handbag behind your head. And if you are especially lucky, you’ll get placed between a nicotine-addicted Ukrainian white slaver named Marko (don’t even ask how I know) and a hapless father traveling with an eight month-old baby and NO TOYS.

You know, I’ve said it before, but I think it bears repeating. It is a wonder I don’t drink more than I do. And for the record, there was absolutely no need to call in the air marshal. I will be sending United Airlines a strongly worded letter on the subject just as soon as I get out of this holding cell.

Posted in Life and times, Rants

"This Chex Mix is makin' me THIRSTY."

Every family has its Christmas traditions – Rice Crispy treats with red and green sprinkles, Aunt Edna’s fruitcake, sugar cookies shaped like Santa, hot whiskey to take the edge off Christmas morning, festive drives up to Sing Sing to bring Uncle Mike some holiday cheer, what have you. In my family, Christmas just ain’t Christmas without Grandma Pierce’s nuts and bolts, a riff on Chex Party Mix that takes cocktail snacks to a whole other level.

I have served this at every holiday party I have ever thrown and, let me tell you, it is a proven winner, a real crowd pleaser. Why? It’s crunchy, salty and spicy, which guarantees your party guests will stay good and thirsty and that, my friends, is the key to party success.