Who put Stevie in charge? 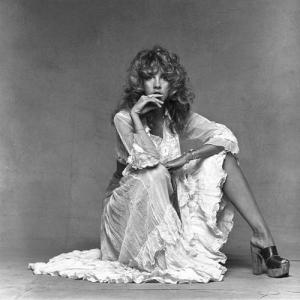 Those of you who had progressed beyond teething rings and Cookie Monster by the tail end of the Seventies will probably recall the musical and sartorial splendor of Fleetwood Mac’s Stevie Nicks. In hindsight both are somewhat cringe-inducing, though to this day I maintain a soft spot for Tusk — it’s the brass section, I guess.

Honestly, guilty pleasure though the record most certainly is, it really gets the solo dance party started, at least after a few Saturday night Sazeracs anyway. Don’t believe me? Toss a couple back and have a look at Mick Fleetwood getting his groove on courtesy of the USC marching band. See if you don’t feel the urge to shake a tailfeather.

Anyways, if it’s all too far back in the murky past for you to recall, let me remind you that along about 1979, platform shoes, flowing raiments, floppy hats, tatty lace and Rapunzelesque locks were already a bit out of date, except on Steven Tyler and the occasional tranny, but our gal Stevie held on to them all well into the next decade, for better or worse. 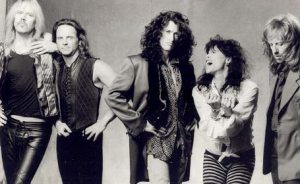 Steve and the boys, dressed as girls, courtesy sweet-emotionn.tumblr.com.

Now owing to some “personal issues,” Stevie had largely disappeared from the musical/celebrity scene by about the mid to late Eighties, effectively ending her solo career, which I think we can all agree was really for the best. So imagine my surprise yesterday when I was out and about, shopping for suitable attire for an upcoming social event that’s not really formal, but just a little bit dressy — you know the kind of thing, and all I could find were Stevie’s cast off Welsh witch twirly skirts, princess-on-acid maxi dresses (no foundation garment possible with these) and impossible platform shoes.

A typical offering. Via bismilahirahmanirrahim.blogspot.com.

Apparently after all these years girlfriend has assumed control of the fashion industry! Rehab must have included some mixed martial arts training, because she has somehow managed to kick Anna Wintour’s bony backside to the curb, replacing the tasteful Jackie O sheath with the crochet mumu or mini as every gal’s must have wardrobe staple in the process.

Unfortunately, Stevie redux (the sequel) doesn’t look quite as fetching on the middle-aged frame as it did on the teenage one; however, lace minis and swirling maxis were literally all I could find that were fashion forward without being a little black dress, and so I came home empty-handed and more than a tad frustrated. 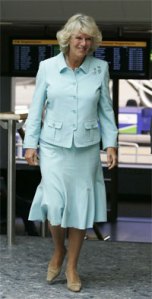 I ask you, why is it women over 40 (who are not Demi Moore) must choose between dressing like the Olsen twins or Duchess Whatsername Mrs. Prince Charles? Is there no middle ground?

And why can’t I find a pair of dress shoes that weigh less than fifty pounds? Owing to my lack of stature, I have had to get used to walking in a very high heel, and more often than not I do just fine. But these newfangled platforms are like cement mixers. Have you ever tried dragging a pair of them around? Sure they build up your calves after a couple of days, but really, I have time to separate my workout from my leisure activities, and I prefer to do so whenever possible. Who wants to feel the burn while walking from the table to the ladies room, I ask you?

The final injury is the hats. If the ladies at Bloomingdale’s are to be believed, we should all be topping off our hippie costumes with big floppy hats, a la Rachel Zoe, whom I now believe to be in cahoots with Stevie. Or maybe she IS Stevie. Have you ever seen them together? Think about it and get back to me. 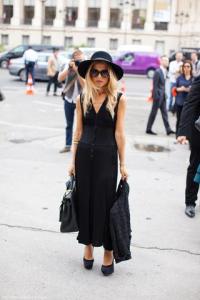 Oh yeah, I could wear that. Via Trendmill.com.

Posted in Rants, The Slattern Speaks