Kissing off the corporate payday

Having, rather unfortunately, burned most of my bridges in the world of corporate communications several years ago, I am finding it more than a little challenging to get my foot back in the boardroom door now that our domestic financial situation could use a boost. After all, someone has to pay the liquor store delivery boy, address the Bloomingdale’s balance and cover my legal fees. Sadly, highly-compensated writing gigs are no longer rolling in the way they did before I recommended my last client take his suggestions on my syntax and…well let’s just say it was unlikely he’d have followed my instructions, primarily because it would have been physically impossible for all but the most advanced yogi, which he was not.

Don’t get me wrong. Blogging is fun, but it doesn’t exactly command the big bucks, or any bucks for that matter, and Mr. Slattern can only be expected to shoulder the family financial burden for so long. As such, I’ve recently started mining fresh sources of new clients, and let me tell you, the freelance world has changed significantly in the past few years, and not for the better. Here’s an example of a project description that was recently included on an RFP list I received.

I am looking for a person who can taken on a number of current and future projects which include research and writing of a number of submission (Academic and organizational). I require the production of a number articles and reports which require a professional who has great research skills and is able to put together practical, informative and where appropriate, academic papers, submissions, reports, articles etc. that are totally original and relevant. Employer will have authorship…

This genius potential employer is Australian and requires that his  hired pen reside in the Philippines. Professor Bruce here offers to compensate the lucky bid winner at the princely rate of $3.00 an hour despite the fact that he is shopping for a very specialized, high-level skill set. Now it may well be that three bucks an hour constitutes a living wage for well-educated, bilingual academic writer/researchers in the greater Manila area, but I wouldn’t bet the Outback on it. Still, I decided to throw out a hook and see what I might reel in. Here is my proposal.

Dear Bruce, apparently you’re an academic, so presumably you have at least one advanced degree, though that’s hardly evident from the sheep dip-esque writing style you display here. Didn’t anyone ever warn you about cheating? Was it never even mentioned out there at the University of Woolloomooloo? It has been some time since I left academia, but I am quite certain professors, instructors, researchers and the like are still expected to do their own research and write their own articles. Which makes you a big, fat cheater. 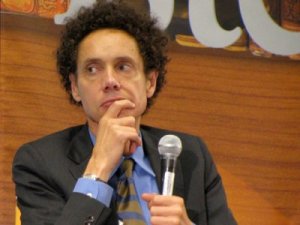 Being a cheap cheater is even worse. Who do you think is going to become your uncredited scrivener for three bucks an hour anyway, you miserly turd? I assume Stephen Hawking is busy and I’m pretty sure Malcolm Gladwell charges at least $500 an hour for this kind of thing. Hell, I wouldn’t do it for less than a hundred.

Now, from the text of your job description, it is apparent to even the most gin-soaked intelligence — mine — that you could use some editorial support. This is not, however, what you appear to be in the market for. Correct me if I’m wrong, but what you seem to be proposing is for some poor, starving student in some stinking-hot hell hole to research and write a series of articles and reports for which you will pay a pittance and claim to have authored yourself. That can be called purchasing or stealing, but not authoring.

In closing, I would just like to say, “Oi Bruce, you SUCK.”

Although I sent this along, I don’t expect he’ll seriously entertain my proposal to do this work for the going rate. I would, however, like to know whether or not he was able to manage the storage option I suggested for his three dollar offer.

And now for something truly entertaining.